Create an Account - Increase your productivity, customize your experience, and engage in information you care about.

We would like to highlight areas that many would not consider parks. These areas include "pocket parks" and traffic islands.
Our pocket parks are located along Dewey Avenue near intersections with 1st Street and 2nd Street. These parks were developed during the Dewey reconstruction in 2003 using City's right of way areas that were no longer part of the street when the intersections were re-aligned.
The two small parks near the 1st Street intersection were designed and planted with assistance from Ann Mehaffey, Historic Baker City, Inc Director, and a group of volunteers using xeriscape plants. These types of plants use little water and are very hardy.

Traffic islands are also managed and maintained by the Parks Department. These areas encompass .32 acres of city right of way in several locations town including Hillcrest, River Park, and Grandview areas. Picnic tables are located in some of the locations. These areas can be utilized for family or neighborhood gatherings. 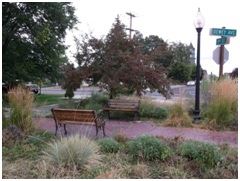 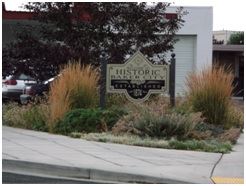 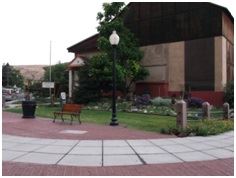